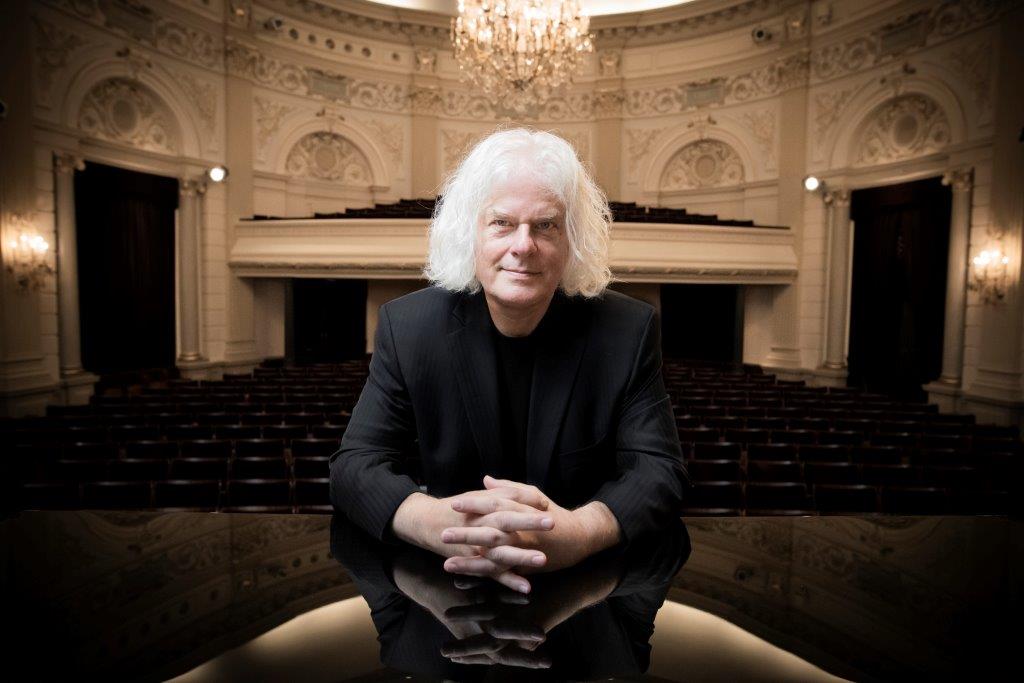 Ronald Brautigam has deservedly earned a reputation as one of Holland’s most respected musicians, remarkable not only for his virtuosity and musicality but also for the eclectic nature of his musical interests. He has received numerous awards including the Dutch Music Price and a 2010 MIDEM Classical Award for best concerto recording for his reconstruction of Beethovens piano concerto WoO4. A student of the legendary Rudolf Serkin, Ronald Brautigam performs regularly with leading orchestras including the Royal Concertgebouw, London Philharmonic, BBC Philharmonic, City of Birmingham Symphony, Hong Kong Philharmonic, Sydney Symphony, Japan Philharmonic, Budapest Festival Orchestra, Orchestre National de France, Gewandhausorchester Leipzig and the Rundfunk-Sinfonieorchester Berlin. He has performed alongside a number of distinguished conductors including Riccardo Chailly, Bernard Haitink, Frans Brüggen, Sir Simon Rattle, Christopher Hogwood, Marek Janowski, Sir Roger Norrington, Marin Alsop, Ivan Fischer and Sir Mark Elder. Among the orchestras he will be appearing with in 2016 are the Gulbenkian Orchestra, BBC Scottish Symphony, Turin Philharmonic, Prague Symphony, New Zealand Symphony and the WDR Sinfonieorchester Köln. Besides his performances on modern instruments Ronald Brautigam has established himself as a leading exponent of the fortepiano, working with orchestras such as the Orchestra of the Age of Enlightenment, 18th -Century Orchestra, the Freiburg Baroque Orchestra, the Hanover band, Tafelmusik, Concerto Copenhagen, l’Orchestre des Champs-Elysées and the Wiener Akademie. Ronald Brautigam’s impressive discography on Swedish label BIS includes the complete works of Mozart and Haydn on fortepiano as well as Beethoven’s complete concertos on modern piano with the Norrköping Symphony Orchestra conducted by Andrew Parrott. In 2004 he released the first of a 15-CD Beethoven cycle on fortepiano. After the first six volumes this series had already become firmly established as the benchmark cycle on fortepiano. ‘Stunning performances – technically breathtaking and musically alive in every moment’, wrote the Gramophone about his Waldstein and Appassionata sonatas. And according to US magazine Fanfare ‘this could be a Beethoven piano-sonata cycle that challenges the very notion of playing this music on modern instruments, a stylistic paradigm shift.’ In 2015 his Beethoven recordings won him an Edison Award and the prestigious Jahrespreise der Deutschen Schallplattenkritik.

In 2009 Ronald Brautigam began what has proved a highly successful association with the Kölner Akademie and conductor Michael Alexander Willens, resulting in a series of 11 CD’s with Mozart’s complete piano concertos on fortepiano. Besides his work for BIS, Ronald Brautigam has recorded piano concertos by Shostakovich, Hindemith and Frank Martin with the Royal Concertgebouw Orchestra conducted by Riccardo Chailly for Decca, and has made several recordings with violinist Isabelle van Keulen. Brautigam’s recordings have earned a number of awards including three Edisons, a Diapason d’Or de l’Année. a MIDEM Classical Award for best solo piano recording (2004) and in 2010 he won the prestigious MIDEM Classical Award for best concerto recording. For the coming seasons appearances in  Edinburgh Festival (summer 2021) concerttour in Japan (fall November 2021) concerts with Concertgebouw Chamber Orchestra in Concertgebouw and tour in Spain,Schubertiade in Austria have been settled.

Ronald Brautigam is Professor at the Musikhochschule in Basel