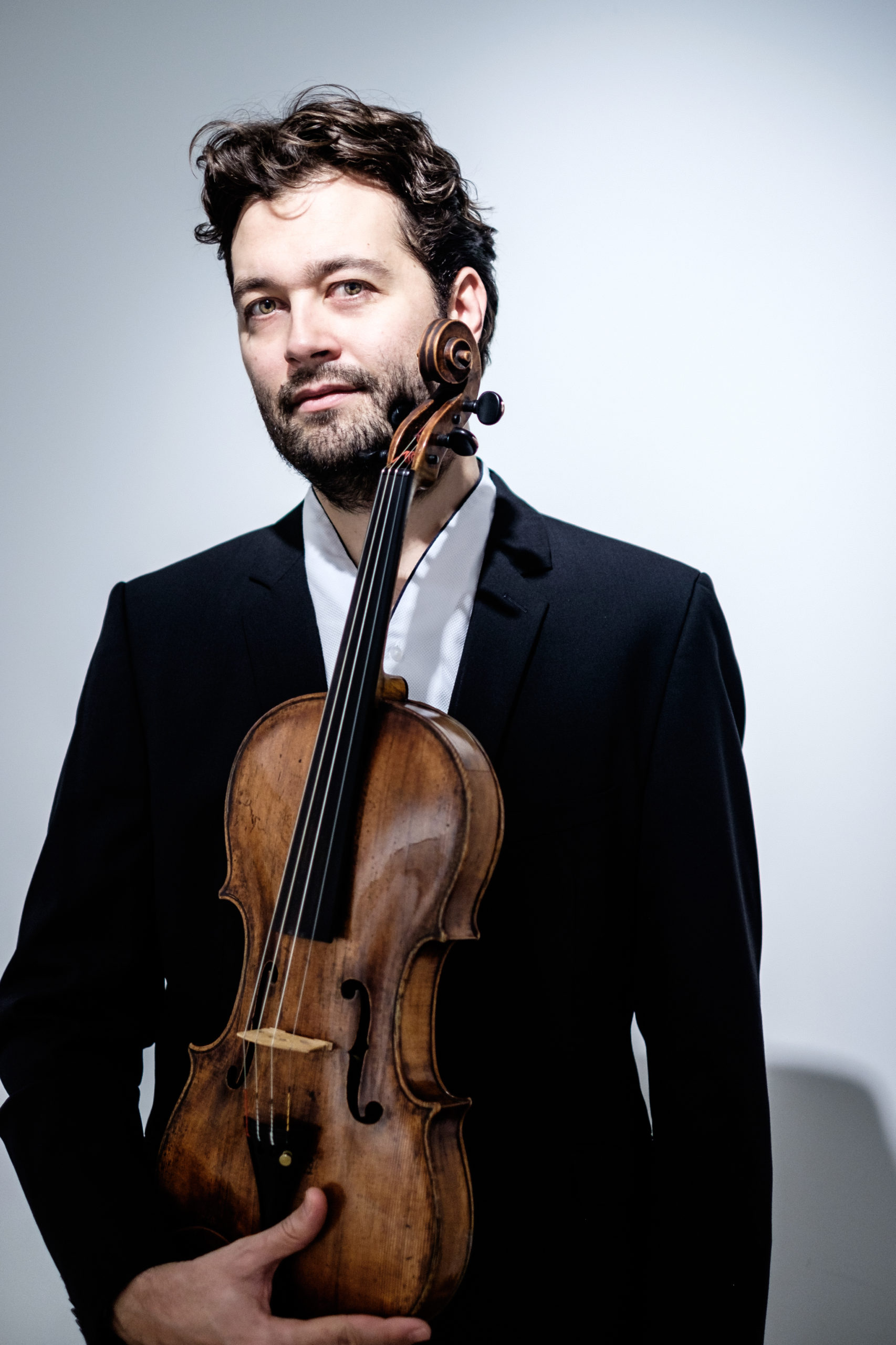 Internationally-acclaimed viola player Lawrence Power is widely heralded for his richness of sound, technical mastery and his passionate advocacy for new music. Lawrence has advanced the cause of the viola both through the excellence of his performances, whether in recitals, chamber music or concertos and the creation of the Viola Commissioning Circle (VCC), which has led to a substantial body of fresh repertoire for the instrument by today’s finest composers.
Lawrence devised his critically acclaimed Lockdown Commissions project as an artistic response to the coronavirus crisis, filmed in and around empty performing venues with specially commissioned works by Huw Watkins, Garth Knox, Esa-Pekka Salonen, Cassandra Miller, Martyn Brabbins, William Marsey and Thomas Larcher. Following on from the success of these short films, Lawrence founded the production company Âme with film maker Jessie Rodger, to produce films that explore the boundaries between music and other art forms. Lawrence and Jessie will present Fathom, a boundary-pushing concert experience at the Southbank Centre in December 2022 performing a unique selection of old and new music fusing live performance, cinematic projection and intricate, 360-degree sound design.

As a chamber musician he is in much demand and regularly performs at Verbier, Salzburg, Aspen, Oslo and other festivals with artists such as Steven Isserlis, Nicholas Alstaedt, Simon Crawford-Phillips, Vilde Frang, Maxim Vengerov and Joshua Bell. Lawrence was announced as an Associate Artist at the Wigmore Hall in 2021, a position he will hold for five years, performing at least once each season.